The development of space medical needs the “propeller” of international cooperation 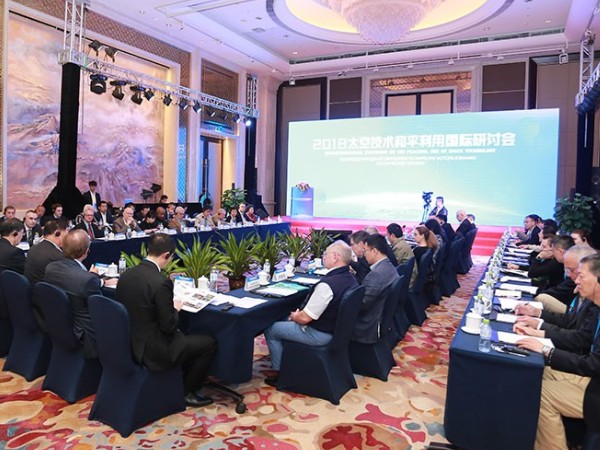 “Human beings have consumed inestimable resources in the process of space exploration, and they have also focused on the world's most sophisticated technology and the power of technology.”

Recently, Cao Wen, director of International Exchange Center of NDRC, said in his speech at “2018 International Symposium on the Peaceful Use of Space Technology” that space technology carries human wisdom and should be better applied to the global health cause.

Last year, China launched its first cargo ship, Tian Zhou I on which several scientific experiments were aboard. And one experiment was to understand why astronauts suffer osteoporosis in space? Scientists have also developed new drug for osteoporosis under anti-weightlessness conditions.

Recently, astronauts, space scientists, and medical experts from China, the United States, and Russia discussed in depth the methods and ways in which space technology could be applied to public health care in the “2018 International Symposium on the Peaceful Use of Space Technology”. Wu Zhijian, Chairman of China Aerospace Foundation, believes that the conference will benefit China, America and Russia to build new platforms for cooperation and exchanges in the space fields.

Li Yinghui, deputy chief designer of the astronaut system of China's manned space program, director of the State Key Laboratory of the foundation and application of space medicine, pointed out in the introduction of our national aerospace tests that the ultimate wish of the space medicine field was contributing to the health care for the masses

“We have always been thinking about how to further understand aerospace medicine. I think we should integrate more of astronauts' feelings, integrate the knowledge of different disciplines and integrate the latest discoveries in space exploration, which should be an important direction for the development of space medicine,” said Li Yinghui.

For international cooperation, many participants believe that it is an effective way for the application of space technology to medical treatment.

Bernard Harry was once an astronaut and is now vice president of renowned medical institution in America who also dabbles in financial investments. Harry admits that the reason why telemedicine technology can develop is because of the application of space technology. He believes that China's launch of space station makes it possible for China and America to have more platforms to develop space technology. "Space technology can be better applied to medical fields on such platforms," explained Harry that space medicine should not only ensure the survival of astronauts, but also promote them further to benefit the masses.

Alec Orlov, President of the Russian Institute of Biological Issues, pointed out that Russia has successfully applied space medicine technology to public health, but it still needs new research inputs and urgently needs international cooperation to facilitate research in this field.